I once heard it said that a building represents a “store of energy”.  In my view when we tear it down for “redevelopment” it’s not just physics that stands negated. It’s the expectations, desires and spiritual energies that get consigned to the graveyard of hope.  In the Village some lovely houses have gone…  But here, for your pleasure, it’s “yesterday once more”: 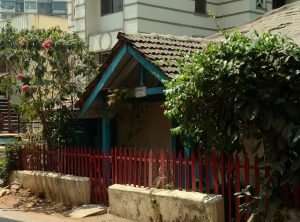 This was once the prettiest house in the Village.  Antonio Rest.  No more. Torn down to make way for a modern monstrosity. In this house late Audrey Concescio would create the loveliest decorated marzipan eggs for Easter. She and her late sister, Dilys Remedios would prepare baskets of delicate flowers to decorate the streets for the Cross Feast. In yesteryear pink bougainvillea covered its roof and asparagus fern trailed along one side of the entrance.  Pretty as a picture, as they say. Here’s an interview of one of its last residents, the late Tyronne Concescio done by Vincent Mascarenhas: 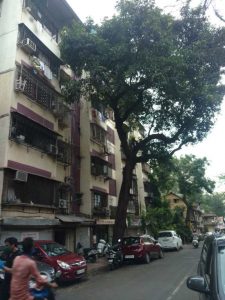 Militia and the Second World War

Where this building stands, once stood a sprawling bungalow, Militia House whose verandah was bigger than most people’s sitting rooms.  In those days, “militia” symbolized the boys who were fighting against Hitler, Nazis and fascism. The property housed the Militia Club which included a full-sized badminton clay court. A place where matches were made and hearts were won. 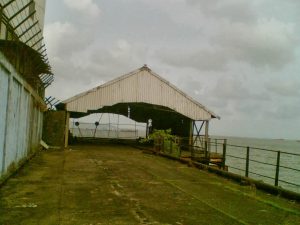 Matharpacady Village’s most popular evening attraction.  It was an easy stroll even for elderly members from the Village down Ganga Bawdi, past Ciba’s across the road past the Church through the bazaar and straight to the Pier. No steep hill to climb. The added attraction especially for the ladies, were the handsome cadets that the motor launch from the M.V. Dufferin landed.  T.S. Rajendra later replaced the Dufferin.  Mazagon Pier has now been swallowed up by Mazagon Dock. 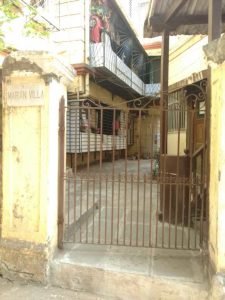 The Age of the Beatles and Beat Groups

Once upon a time the ground floor of Marian Villa was packed with teenagers, friends of the Stevens’ children.  It was the age of the Beatles, and here, duly inspired, the Caravelles, Matharpacady’s own beat group was born:  late Ozzie Stevens (piano), late Alan Valentine (lead guitar), Stanley Francis (Australia), Desmond Rego (London), Stuart Do Remedios (guitar, USA) and Bonnie (Drums).

Matharpacady may be a small village but some residents have played on the national stage. The landlord of Marian Villa was one of them: Dr Mafaldo Ubaldo Mascarenhas.

In fact, Dr. Mascarenhas Road bounding Matharpacady on one side, was named after him. He was the 19th Mayor and the first Indian Mayor of free Bombay (1948-49. Mayoral inaugration was held on November 22, 1948). 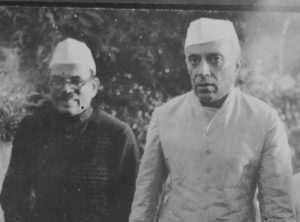 Dr. Gerald Mascarehnas and Dr. Allwyn Mascarenhas (Dr. Ubaldo’s grand nephews) continue to serve the sick and ailing in Byculla and Mazagon while Vincent Mascarenhas is the current President of our Matharpacady Holy Cross Committee.

It is said that Dr. Ubaldo was an Indian Freedom Fighter and fought for the return of Goa from Portugal. He was therefore blacklisted by the Portuguese government and his landed properties were confiscated.

It’s rare to find people like him these days where all netas have an agenda. 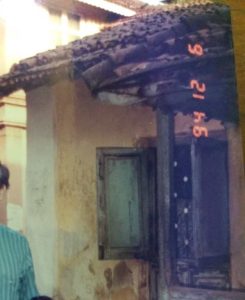 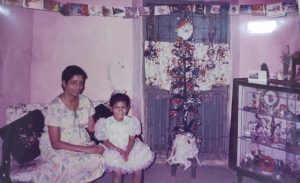 The Cottage before “Village Villa”

The D’Mellos treated all their neighbours as family. Aunty Louie cooked the most delectable salt tongue, pan rolls and potato chops as well as an assortment of Christmas sweets and goodies. Neighbours got to taste, invited or not!  No limit to generosity here.

Uncle Wency would pick a lucky boy to accompany him to the Port Trust office in the docks, from where the lad got a much-prized view of the ships in the docks.  The mission was to pick up ship’s flags for the Cross Feast Vespers.  These decorations were suspended along house walls, starting from the Cross, on both sides, all the way up to Maud Baptista’s house. Seen above are old style tiles in partial exterior views of the Village’s oldest cottage. 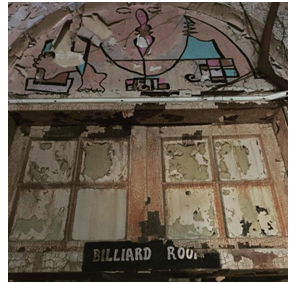 Winifred House – gone with the wind

Theo Turner’s legacy and named after Winifred (Winnie), his eldest child.  The Matharpacady Club was where people from Mazagon and Byculla as well as all over Mumbai got together:  Billiards, Snookers, cards, a Christmas Tree and Sunday Housie. Every worthy Billiards great has played on its table. The Sunday Housie was more of a social event where gents and ladies – RCs, Parsis and others belonging to a variety of communities, from as far away as Colaba, at one end and Bandra at the other turned up perfumed and in their Sunday best. Now a ghost of Matharpacady Past. 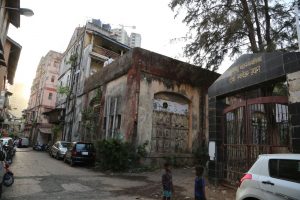 This terrace above the Exide Battery Service Station in Rear Helal Building was once one of the most sought-after spots:  the place where the Busy Bees used to rehearse. Fender Stratocaster guitars and high-powered amps, as well as great musicians, drew throngs on the terrace and windows opposite. The Busybee Band was Allan Valentine on lead, Mario on drums,  Bridgenell -bass. The guy on rhythm was from lower level & Nelson Vaz’s elder brother sang vocals.

Ah Norman! Norman Rosario, a tall well known figure in the Village was one of their biggest fans.  He’d catch hold of anyone whom he came across to extoll the musical prowess of Allan and the impressive array of Fender equipment that the band possessed. That’s to say, by the Busy Bees, was Norman completely possessed… 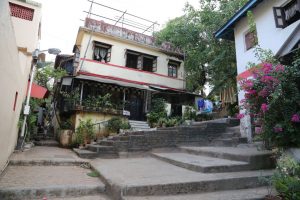 Steps to the Sea?

The Portuguese and following them Goan Brahmins prided themselves on living on the altinhos of Goa’s cities.  Well Matharpacady is an altinho as these steps above indicate, an extension of one of Mazagon Island’s ranges. 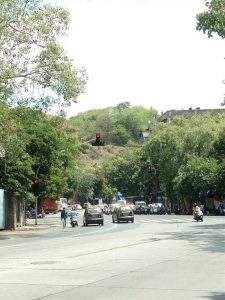 Mazagon (Bhandarwada) Hill (Joseph Baptista Garden) is the other.  That’s not the most exciting fact.  Way before P D’mello was a living person and later a road name, the steep slope that extends from these steps down Champsi Bhimji Road past Mazagon Tower and Hatimi Mohalla to the main road, took you straight to the sea long before where the main road now begins.  At that time it was probably a rocky and muddy path.  And, as if to remind you that Bombay (now Mumbai) was reclaimed from the sea on full moon nights when the tide is up you can smell the sea in Matharpacady and if you’re familiar with it, you get the whiff of the coal tar on the dock walls as the waves lash them.

Don’t believe me? Study these maps:

One of these shows original land v/s reclamations. The first, though shows the original island and its hills. See the hills on Mazagon Island:  Mazagon Hill to the South (now Joseph Baptista Gardens) and the hill range on which Mariah Hill currently stands, incorporating the gunpowder works and the Matharpacady altinho. Hill slopes descended straight to the sea. When the harbour branch was built, two bridges, it appears from the map, were necessary: span between Mazagon and Mariah Hills and another to span the road before the Reay Road Station.  Given that the intervening land has subsequently been flattened and leveled to create roads and seeing that the original hills descended all the way to the sea, but for a narrow promontory makes us believe that the slope starting at the Matharpacady steps ended up in the sea. So exciting! 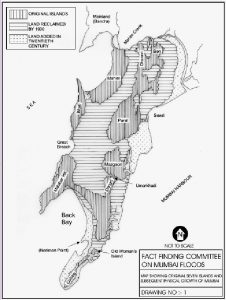 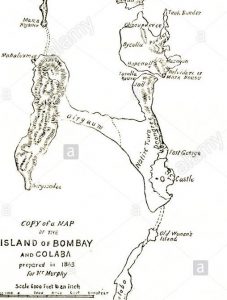 This is the second in our series of nostalgic picture tours of the Village.  You are recommended to study it carefully because there’s a bonus … the exciting Nostalgia Quizzz slated for Saturday, June 27, 2020, is getting ready and the clues are hidden here…

by Roydon G, the Galllivanter