Posted By Stanislaus Baptista on Feb 6, 2019 in Events | 0 comments 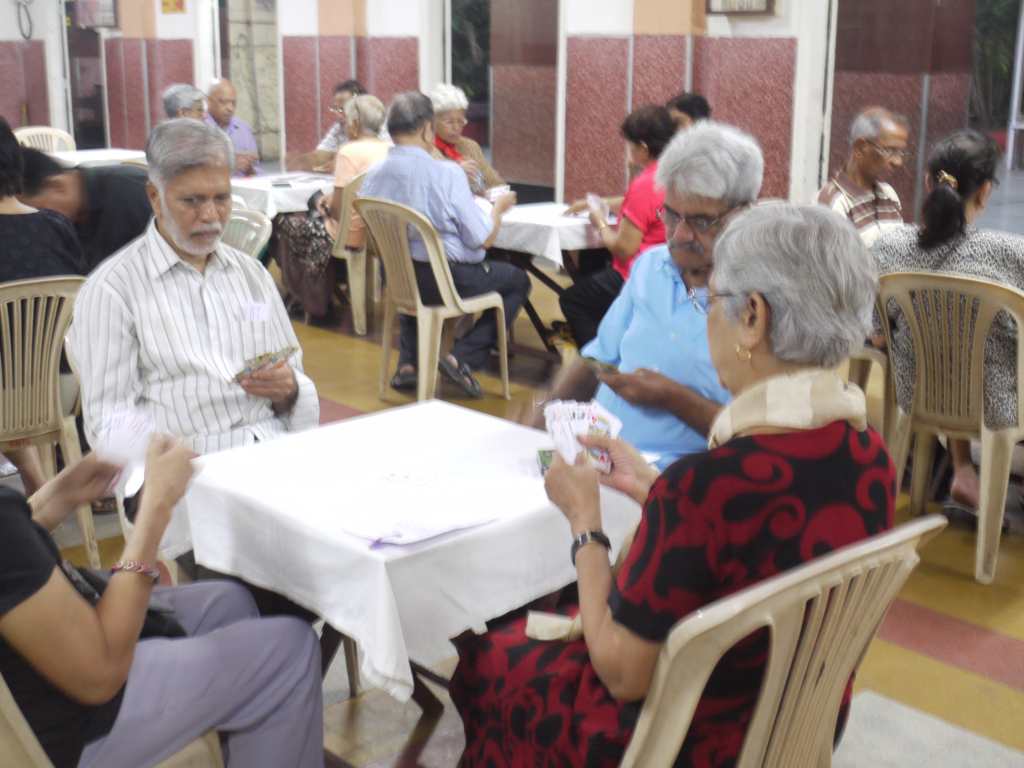 The Matharpacady Residents’ Welfare Association organised their Whist Drive at St. Isabel’s High School on Tuesday, 5th February 2019.  Mr. Stanislaus Baptista ably handled this Whist Drive with support from Mrs. Carole Viegas, and Mr Dennis Baptista. Thirty Six participants and other guests were warmly greeted as they entered the  hall.  Participants, four a table, were seated at numbered tables to enjoy this competitive card game.  The whist drive was in two sessions of six games each.   Stanislaus Baptista played a notable supervisory role as a judge to ensure fair play and also captured these moments on camera for us. Light refreshments of hot tea, Vegetable Bread Rolls were served at the break in sessions.  Honey Bell Cakes was sponsored by one of our players. Highest scorers were awarded generous cash prizes.  The delighted recipients – Mrs. Marie D’Souza,  with 92 points was the first prize winner with highest points. The prize for the highest score in the first half went to Ms. Daniella Rosario with 48 points. The prize for the highest score in the second half was awarded to  Mr, Stanislaus Baptista  with 47 points. The prize for the lady with the lowest score was shared by Mrs. Carole Viegas and Mrs. Claire Fernandes  (67 points) while the prize for the gent with the lowest score was given to Mr. Mariano Vaz (64 points). They all received the gifts to much applause from all the others present.

Towards the end of the second session, with only two games remaining there was a power failure for a greater part of Mazagon. However, the participants did not want to call it a day and did not mind playing the remaining two games with the help of their mobile phone torches.

Mr. Dennis Baptista, thanked all the participants and guests for making this a happy memorable function. Ms. Areta Pereira informed all about the forthcoming programmes being organised by the Rosarian Senior Citizens Association – Housie on Sunday 17th February 2019 at 10.30 am in the School Basement. Whist Drive on Thursday, 21st February 2019 at 6.00 pm in the School Basement and a Picnic to Farry’s at Gorai on Saturday, 23rd February 2019. She  requested them to spread the word round.  Heartfelt thanks to the Management and Trustees of St. Isabel’s High School, for allowing us the use of the Hall and other amenities for all our functions. The Welfare Associations purpose is to bring families closer together at these functions, by fostering a spirit of friendship and co-operation so as to strengthen and build the Catholic community.