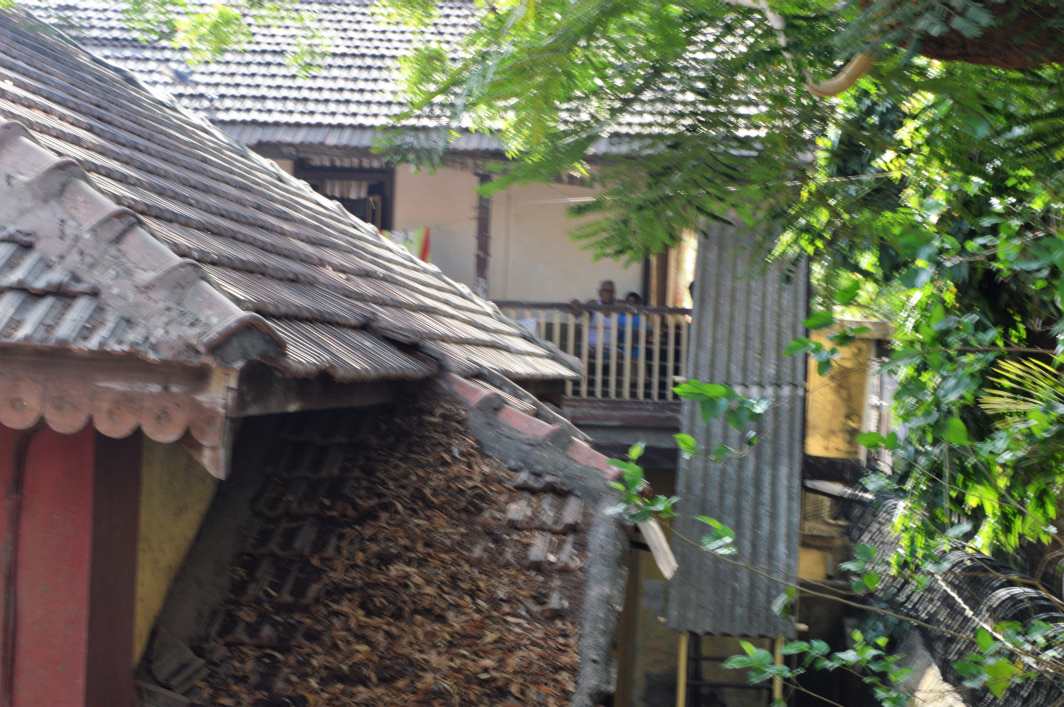 When you meet Cyril Alphonso, you will be surprised. He is more tech savvy  than an average youth, inspite of his age ( 82 years). He started off as a radio operator, but also held many posts at different times, when sailing with Wallem’s shipping Company.

My earliest memories as a young boy, was to see him at his verandah, giving us a wave of his hand in greeting. One vivid moment was, when he caught a kite that drifted into his balcony; he called out to me and handed over that precious piece of flying paper, which gave me great joy.

His knowledge has since increased to computer stuff, which consists of hardware and software.

He has been of great help to the nearby St. Isabel’s School, where he helped start the Computer department. Subsequently he provides assistance to any person in need of old computer equipment for which he is adept at upgrading or providing solutions.

The miracle of Cyril, is that he now lives a second life. He was seriously sick and hospitalized. We wondered how he would come through after major stomach operations. But he has rebounded back to normalcy with a bang. After spending a lot of time being bed-ridden, he now walks around the neighbourhood. His faith in God, has given him this new lease of life.

Cyril is gifted with a knowledge of multiple languages i.e  English, French, Spanish, German, Portuguese, Japanese, Hindi, Marathi, Malayalam, and Gujarati, and has the desire to learn even more of the local languages in India.

He has a compilation of spiritual music, and teaching modules which he has saved over the years.

But today, he is keen on passing on this treasury of knowledge in diverse stream , to his family and friends, rather than seeing it all going to waste. I am one of his beneficiaries.

Cyril has updated knowledge of all matters of the village specially in regard to the Leased land.  He has made it a point to study old documents which provides relevant information when needed.

I got to know Cyril better during my visits with Holy Communion to his home. But with improved mobility, he made it a point to attend the Eucharist daily, in the chapel of the Blessed Sacrament Fathers, at Matharpacady.

I was in the midst of this article , and had not completed it for some weeks. Suddenly one day I got to know that Cyril had a heart attack, and was admitted to hospital for immediate surgery.

I was away from home, during this time, on a retreat;  I prayed that I may see Cyril well again, on my return. And yes, this wish was granted.  I was overjoyed to see him back home. He is slowly recovering, and his family is around him to shower him with their love and care. Cyril’s wife Sydil  is a devout lady, and they have been happily married. A few years ago they celebrated their golden wedding. They have two sons and a daughter, who have all started families of their own.

A walk with Cyril, would be a slow walk , but with a lot of talk!

We wish Cyril many more fruitful years in the quaint environment of Matharpacady.

PS:  Subsequent to this article, Cyril had a slump in health which involved hospitalisation twice during the last fortnight. He says that his time spent there helped him to share with Jesus a memorable Holy Week; and on Easter Monday he was back home. He has a bright and cheerful look. But now he  will walk less, maybe talk less, and listen more!