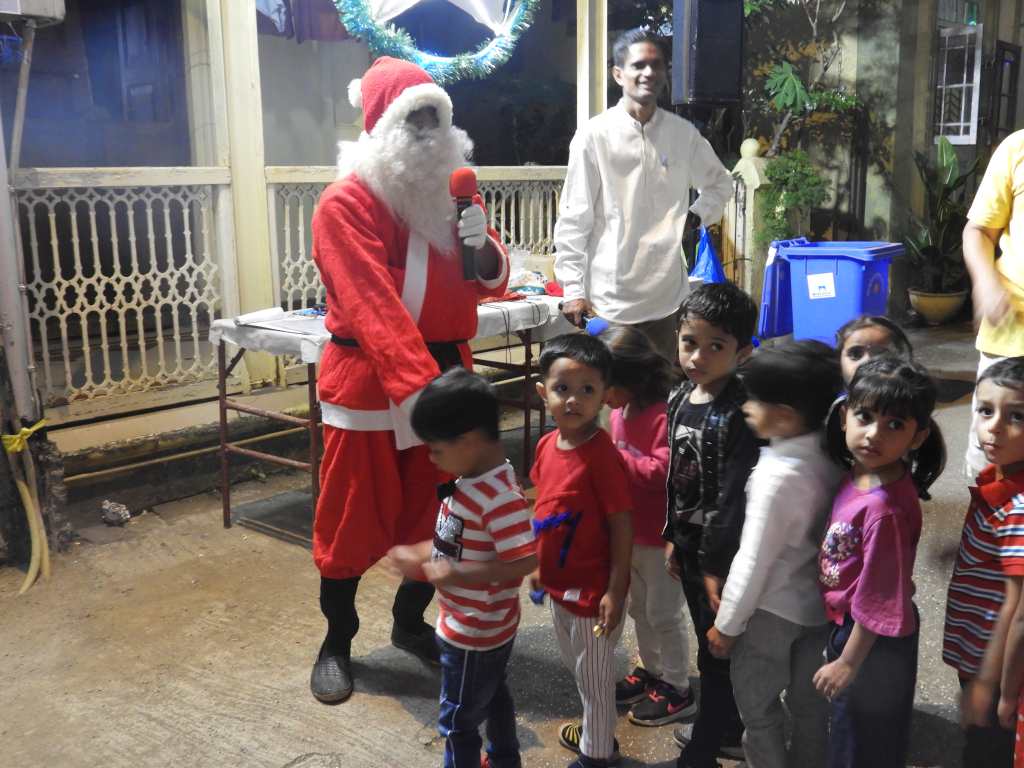 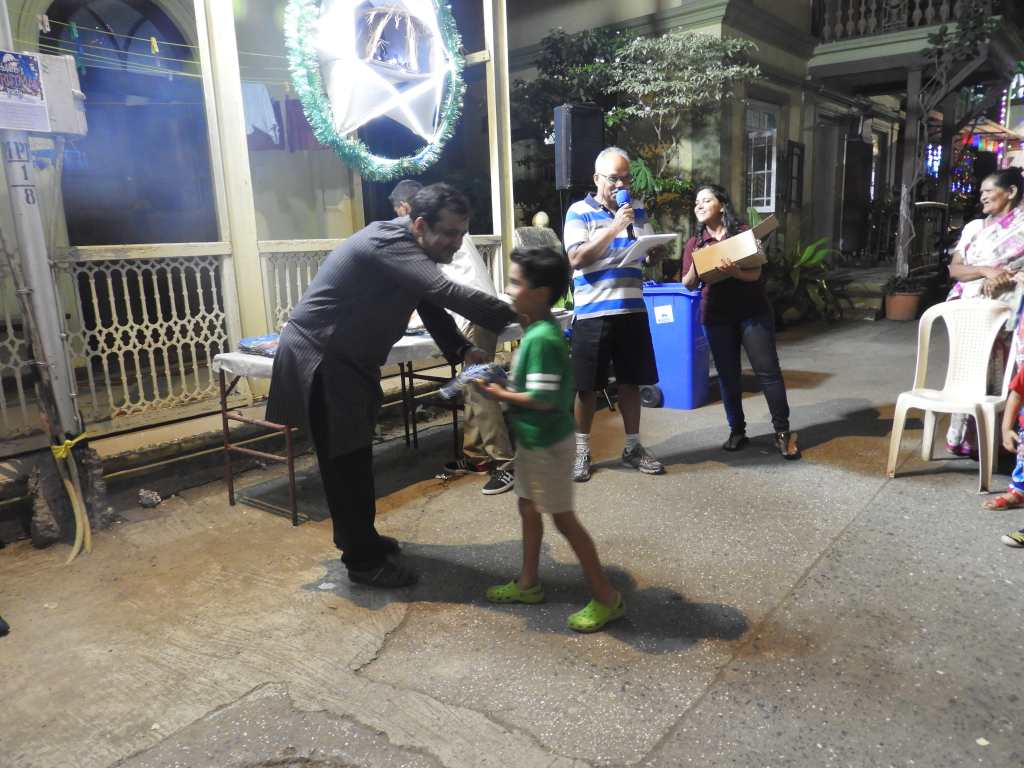 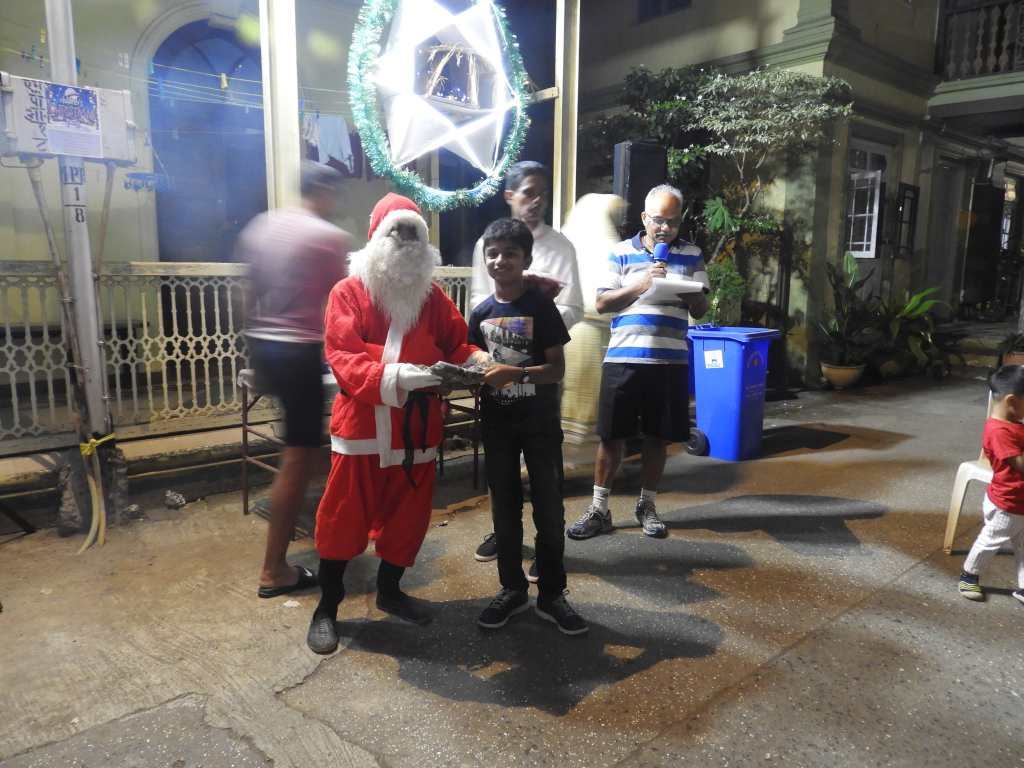 Once again Captain Julius Valladares and his team of organisers – Canute Monteiro, Shaila Baptista and our evergreen comedian Merwyn D’Mello outdid themselves with a hugely appreciated “Christmas Tree” for kids.  Some forty kids and their parents cutting across all castes, creeds and religions.  It is funny that Julius chose the village’s overgrown kid Roydon to emcee the games.  Quite the ‘boy who never grew up”,  Roydon in the Passing Santa’s Cap game for the little tots allowed himself to be bullied by the little ones into not declaring anyone out for several rounds.  Finally Shaila, ever the kind but firm Mommy, stepped in to eliminate the kids stuck with the hat.  Food is one things kids never tire of and there were plenty of snacks and refreshing drinks.  In keeping with our “save the environment” ethos, all ate to their heart’s content but strategically positioned dustbins received all the wastes, thus saving the environment.  We have hope in our future generation.  A kind of Grand March to spirited music had kids from the youngest to the oldest march around the square culminating in a dance that kids are natural at. A game for slightly older kids saw kids running and pushing for seats although everyone was assured a seat at the proverbial table.  Says so much for human nature.  Elimination was by lucky or unlucky draw of mini icons of the Christmas Icons that were stuck on the chairs.  Too bad for the kid who’s seat was perched on the drawn symbol! The oldest batch were tested on both leadership and team behaviour as well as their ability to interpret series of pictorial clues related to Carols in a Guess the Carols contest.  Our participants all proved to be intelligent because the difference between inning teams was very thin.  Finally it was time for Santa Claus to make his appearance and Merwyn in costume, bell in hand proved more than able to set all bells a-ringing with the kids flocking behind him waiting eagerly for the toffees and chocolates to be handed out from his goody bag.  While prizes, spot prizes and presents were being handed out by Santa, to our great delight our Parish Priest Fr Nigel Barret put in a surprise appearance.  When it was all over their daddies and mommies (mainly mommies) took “them home to bed because they were tired little teddy bears”. We have it on authority that the mommies enjoyed it all as much as the kids did!

With inputs from Roydon Gonsalves